Not Just Any Old Greeting Card... (said in the style of the Marks & Spencer voice-over!)

I get VERY excited about finding different and unusual greetings cards.

You see, I’m a romantic soul and luckily, so is my other half. We give each other a card every month. Oops, I should have given you more warning so that you had time to grab a bucket to puke in – apologies.

Giving cards is actually a lovely way to inject a bit of romance into a relationship as, let’s be honest, pairing socks, paying bills and taking the rubbish out ain’t that sexy, is it?!

Anyway, when I heard about a local card company called HappiStudios (on Etsy), I thought I’d take a look. Initially I thought I'd get my other half a card but then decided I'd treat my little man (aged 10) instead. I occasionally get him cards with cute or funny dogs on as he LOVES animals but Glen at HappiStudios suggested this card in the style of a computer game which just so happens to be another one of my son's favourite things. No surprise there! And it's a Halloween card – perfect timing. I don't usually give my son Halloween cards but, well, any excuse! 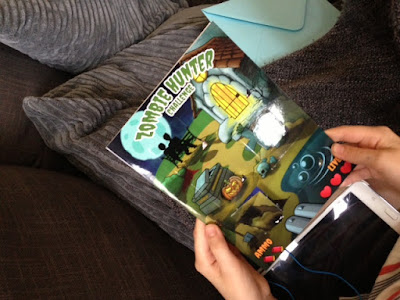 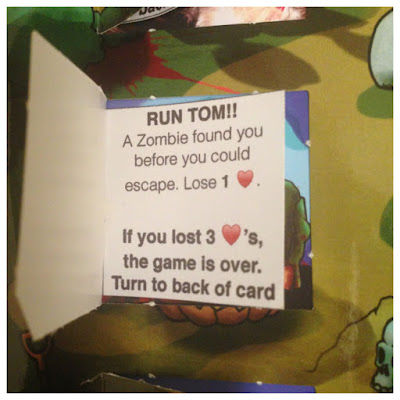 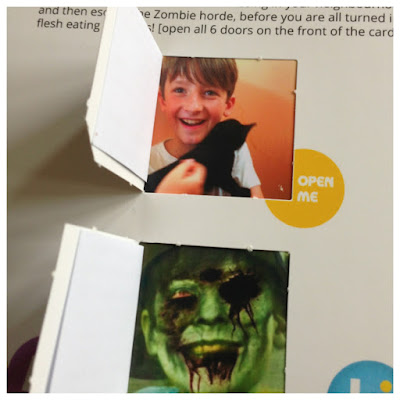 The image on this card is brilliant and I love the 'ammo' and 'lives' icons at the bottom.

The card can be personalised which makes it even more special. I supplied two pictures of my son and Glen did the rest - turning one happy, smiley, holiday snap of him into a rotting zombie...! My son’s words were 'that's so cool'!

There are other pretty designs on the website, so it's worth taking a look. This one of the Clock Tower in St. Albans is one of my faves - so quirky, and again fully customisable. You can add your own photos or phrases which will appear behind the 6 windows or you can choose an ‘already themed’ card which is a selection of inspiring quotes generated by HappiStudios. 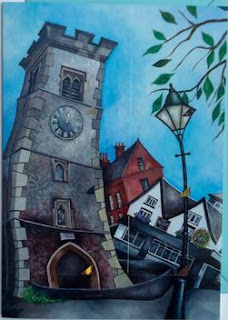 Take a look on the website and order a card for someone you love - even if it's not their birthday, an anniversary…. or Halloween!