Dylans The Kings Arms. A new restaurant/pub/bar in St. Albans 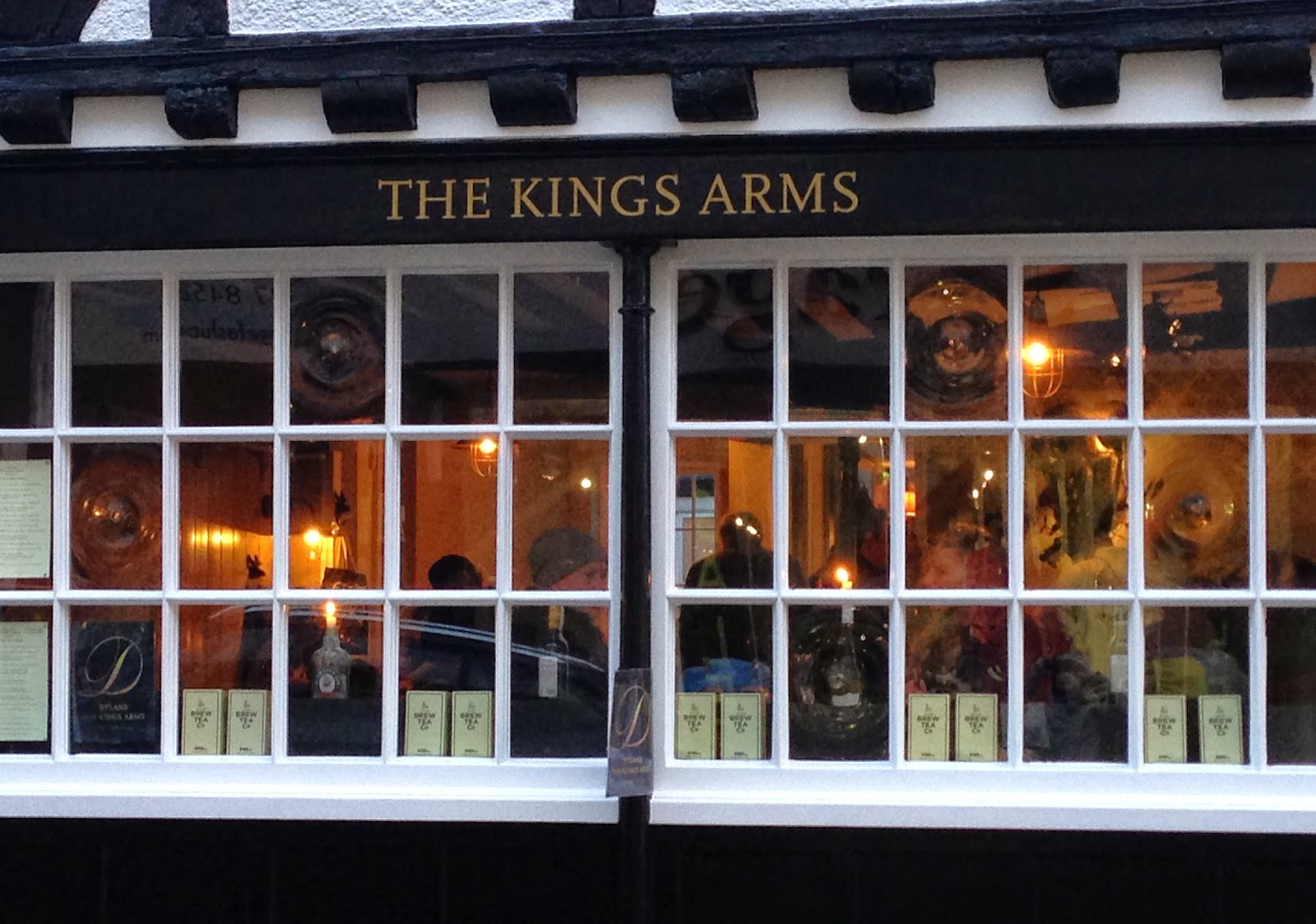 At the weekend, we wined and dined at Dylans The Kings Arms. I’d been looking forward to the re-opening of this restaurant/pub/bar in St. Albans for a while. We’re certainly not short of places in our city to grab a bite or drink but when someone you know opens a place, you can’t help but be more excited than usual.

Also, when the venue holds happy memories of yesteryear, there’s even more of a pull.  My mum used to be a barmaid here when it was a busy and popular pub called ‘The Old Kings Arms’. I was about 14 or 15 at the time and I would sometimes go along and nurse half a sweet cider at the end of the bar under her watchful eye. And, as I’m sure you can imagine, I felt very grown up being part of that scene.

Positioned on one of the oldest and characterful streets in St. Albans, it’s been a public house for the most part of its life and so for me, and I’m sure for many other residents and fans of St.Albans, it’s wonderful that Dylans will be tapping into its pub heritage again.

My other half and I had walked past the window of Dylans one afternoon a week or so ago and peered in to discover that it was nowhere near ready; still very much a dusty building site. So, when we arrived on Saturday night, I was totally surprised to see it looking very much finished, beautiful and polished. Apparently, still not fully open, but I can only imagine this is due to availability of staff rather than anything else.

From the street, you step directly into the bar area. It looks fabulous and very welcoming. Beautiful Fired Earth green tiles and colourful bottles adorn the bar area and the walls are papered in two stylish designs by Robert Kime. I’m not some kind of tile and wallpaper nerd - I just appreciate pretty patterns and so I asked Sean, the owner, who, even though rushed off his feet, indulged me whilst I wrote down the detail of the décor. 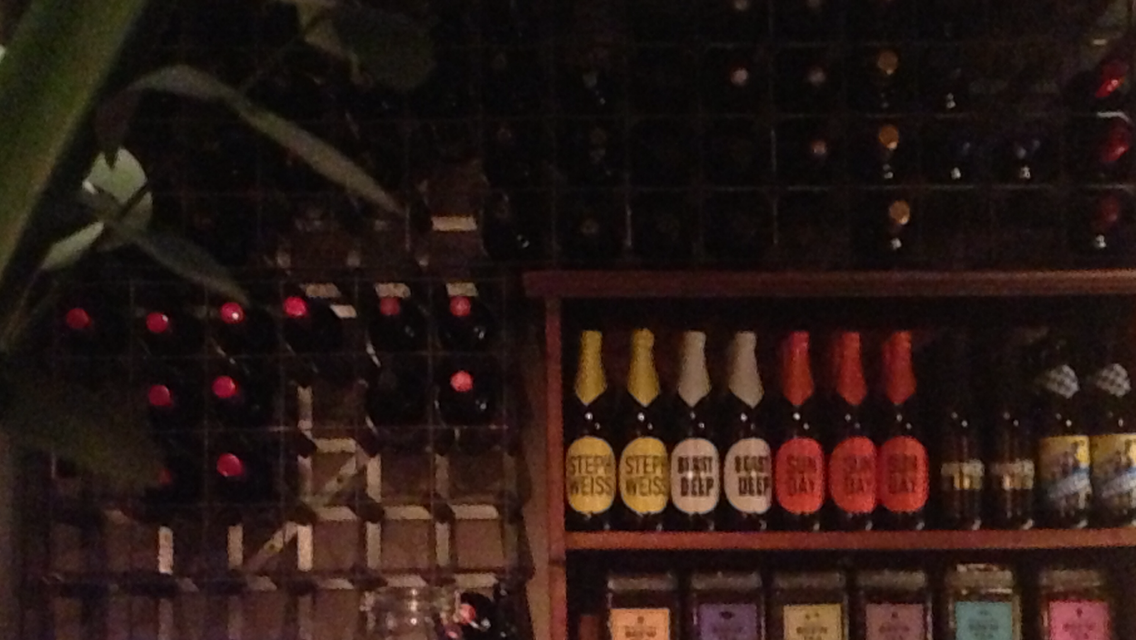 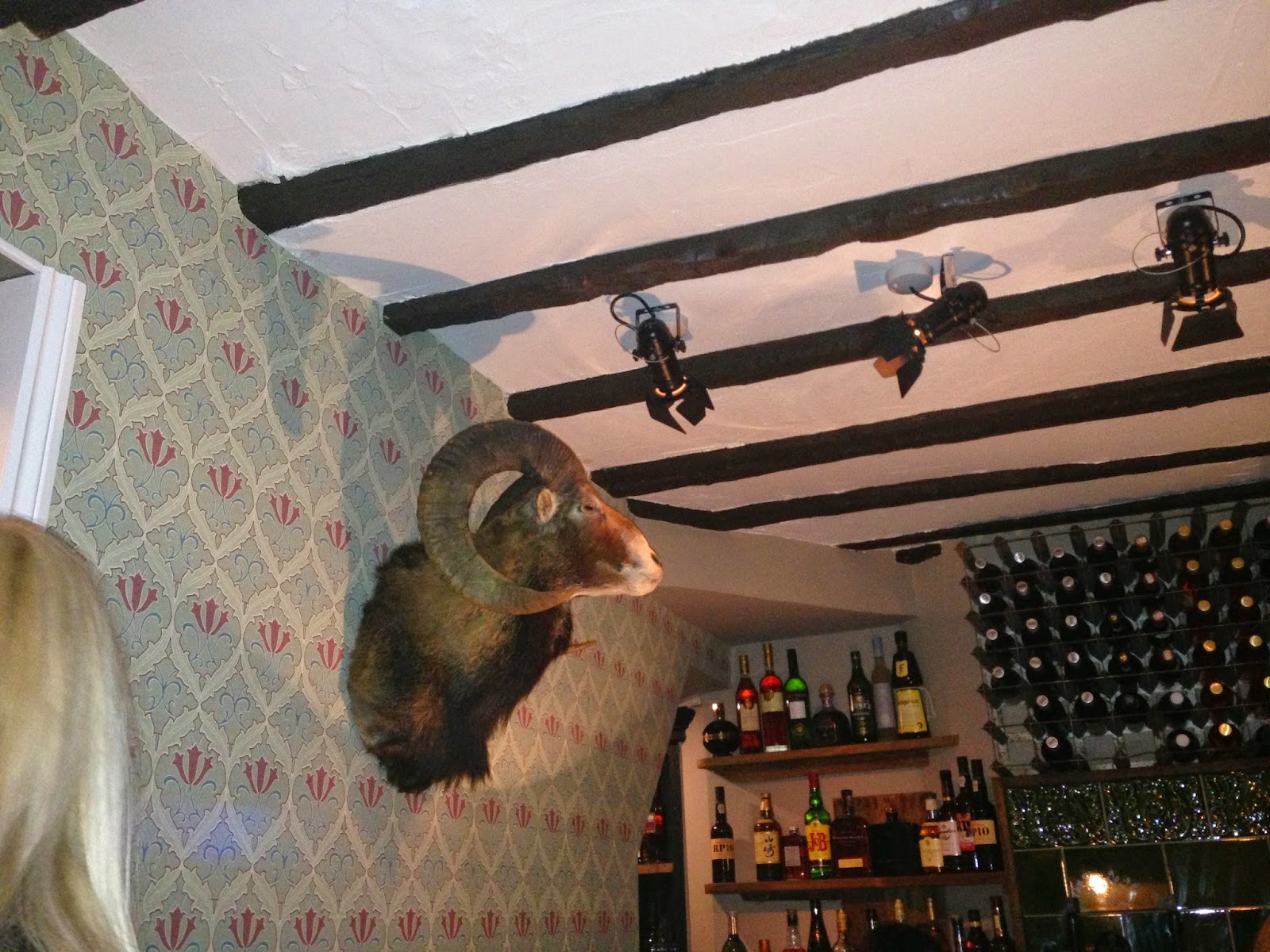 There are two menus available - The Snacking Menu and The Bill of Fayre. If eating in the bar you can choose from The Snacking Menu but if you’re in the restaurant, like we were, then you have the choice of either (or both!).

I was tempted by The Bill of Fayre and was considering the Chargrilled Flat Iron Steak with the Butter Fried Hens Egg. Aforementioned other half was nearly swayed by the Beer Braised Ox Cheek but, after much deliberation, we both decided to choose and share dishes from The Snacking Menu.


My favourite dish was most definitely the nuggets. Tender, melt in the mouth lamb, gorgeous crispy crumb and the vinaigrette was perfect – not too minty and not too vinegary.

The Olives and Chorizo were delicious. And it’s the first time in my life that I’ve had a battered (though crumbed is probably a better description) olive. Definitely worth trying!

The ribs were excellent. I don’t like big, fatty, gunky sauce kind of ribs and so these were perfect. Smaller, dryer and no embarrassing saucy moustache that nobody tells you about until you’re home!  The chilli slaw that was served with the ribs was something to get excited about. I’m not a fan of chillies as it happens, but I picked them out and enjoyed the rest. It was very clean tasting, crunchy and a great companion to all the dishes we’d ordered.

The chicken wings had been raved about on Facebook and so that’s why we chose them, but for us they were too salty. Not just a little bit too salty but quite a lot too salty. And so we mentioned it to one of the waiting staff as we think there might have been a blip in preparation. We’ll try them again on our next visit.

Now for the pudding! Look at this utterly delightful and creative offering – perfectly described by the pretty waitress as homemade Oreo cookies with a Baileys milkshake. 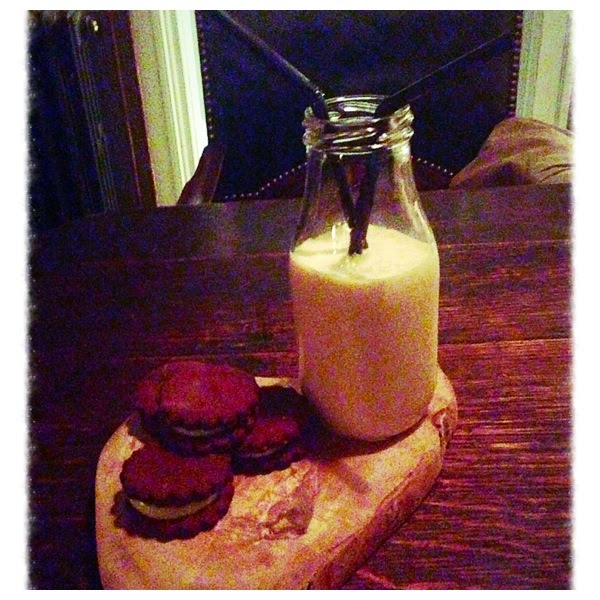 The biscuits melted in the mouth and the white chocolate ganache filling oozed out as I bit into them  - a thousand times better than Oreos. The milkshake was delicious and lucky for me, my dining partner is not so keen on puddings or Baileys so, I had the whole dish, bar one layer of cookie (he got curious), all to myself. Other, undoubtedly fabulous puddings are obviously available but when I go back, I want this again. Please.

What have I forgotten to tell you...?

The wine list is good - we chose an Argentinian Malbec. They have a small selection of lagers but ales are more their thing. The other half enjoyed a Brewdog Punk IPA, which I had a sip of and liked. Rather fruity and quite a high alcohol content - pretty similar to how I would describe other half come home-time!

They do Sunday Roasts too and you can find that menu on their Facebook page.

The staff are attentive, smiley and clearly excited to be part of the Dylans team.

Oh and lastly, meet King Dylan himself. This is Sean’s rather dashing chocolate labrador. He rules from afar and so unless you've made an appointment, I doubt you'll see him in the restaurant! 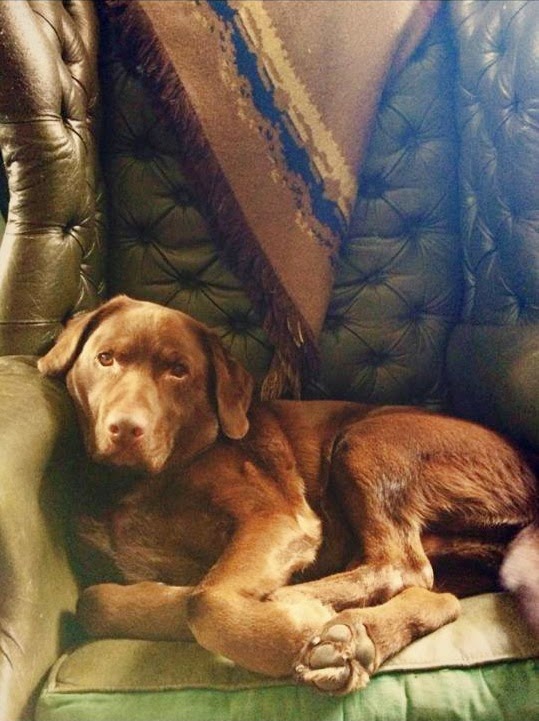 It was a fabulous night and I wish Sean and his team every success with Dylans. They definitely deserve it.

Today, I most definitely saw the best acoustic duo in the world. Ever. 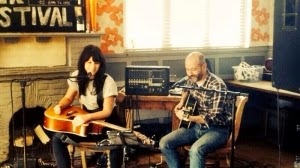 Katie plus Juan blew me away. And yes, I'm quite aware that I'm probably very late to the party and you all know already how amazing they are - but there may be some people out there who have no idea what they're missing and so I will tell you.
Let me introduce you to Katie. She's a trendy, pretty, twenty-something. She has a cracking smile and seems to know and smile at everyone. Then there's Juan, who is probably a twenty plus another number-something who quietly, before they were due on stage, sat, listened and appreciated the other acts, keeping himself to himself.
They take to the stage (well, floor actually) and wowed the audience with covers and mash-ups from the likes of Doris Day, White Stripes and the Jackson 5 - not your usual cover fodder that's for sure. And their mash-ups are inspired; putting together two songs that you would never imagine could merge and separate so seamlessly - it's like they were written for one another. And as for the Spanish song they did - there are no words, but suffice to say, I felt transported to warm and sunny climes even though the Bank Holiday rain was lashing against the pub window.
They also played two original songs - one written by Juan and the other by Katie. And no, the atmosphere didn't fall flat as it often can when originals are thrown into a covers set. The originals are great, better than great. My thought was why on earth aren't they signed? I later hear that Katie is signed to a label but apparently things are moving slowly. My message to that label is, for the love of music, pull your finger out and get this show on the road, bozo!
Their voices are, for want of a better word or phrase, bloody brilliant. Katie has the ability to make like a chameleon and give the covers what they need and Juan has this pure, cut through voice with a spectacular range.
And I cannot finish this review without mentioning the percussion. Katie plays, to name but a few, a shaky egg, a kazoo and an afuche/cabasa (easy for you to say!). And when Katie isn't playing her guitar, she's using it as a drum box for goodness sake.
I urge you to go and see these guys and if you don't enjoy them I will buy a hat and eat it.

Keep up to date with all their gigs and other gigs near you at Lemonrock Gig Guide
Posted by Unknown at 12:48 No comments: